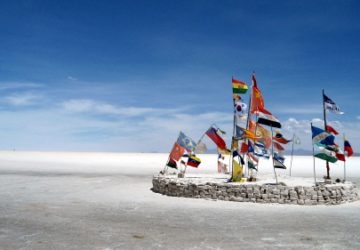 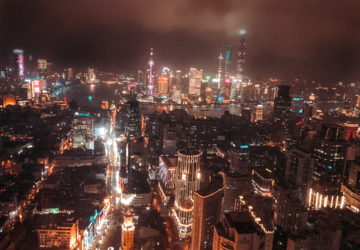 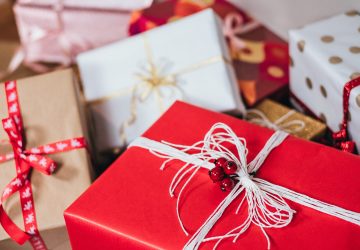 Keep it Wild – A Beer with Seasoned Traveler Aaron Smith

2 years ago
Aaron Smith is the type of person who makes us realize, this is why we do this “A Beer With”  series in the first place. He’s the type of guy you desperately want to meet when you travel. He’ll look you square in the eyes and before he’s even said anything, you know this guy has stories for days. Aaron has gone above and beyond just traveling a few times a year…he’s made it made it his life’s work and his life’s mission to leave the “campground better than he found it” so to speak… His latest project is all about keeping the wild, well, WILD.
When was your first real “backpacker” trip. Where did you go and how did you end up choosing?

I grew up on a fruit farm outside Toronto, and as a family, winter was the only time we had to travel. Thankfully, my parents loved to ski, so our winter vacations were often spent in the Rockies or the Laurentian Mountains. This meant a backpacking holiday was not something I was exposed to until much later in life. With that said, my first authentic backpacking experience was to East Africa. The stereotypical trip where one races to catch buses, lives in sweat, and hangs out with a bunch of wild Aussies for a weekend (or two).

Damn…East Africa was your first trip abroad! What do you think has changed about world travel and backpacking since you started?

Adventure travellers have gotten younger, and the gap year craze has spread to North America. There is also a level of connectivity that grows with every generation. There are no secrets anymore, there are only places less travelled. Backpacking families are also a thing. I’m a father, and I’ve lugged my kids through Cambodia, Guatemala, Vietnam, Nicaragua, and we’re planning our next adventure to Morocco in the Spring. They love it. New sites, new places, new and challenges every single day.

Speaking of Guatemala…Last year when we chatted you were down there. It’s been about 10 years since we’ve been. What’s it like now? What did you get up to?

Our trip to Guatemala was amazing, one of our travelling highlights for sure. We ended up staying primarily at San Pedro La Laguna, on Lake Atitlan. The choice was almost made for us because of bad weather on the Atlantic coast, and Lake Atitlan, with it’s Mayan lifestyle and ‘Eternal Spring’ climate is pretty hard to beat any day of the year.

Some people are afraid to go Guatemala City because of the crime reputation. Did you spend much time there? Are people grossly mistaken about Guatemala?

People are afraid of Guatemala city, it has a tough brand and their is a lot of urban poverty. Admittedly, we didn’t spend much time in Guatemala City, not because we were fearful, but because our first and last night were booked in Antigua and Amitatlan, respectively. Both are less than an hour from the Guatemala City but are very different places. With that said, the brochure appeal of Guatemala as a family holiday was the mountains, the lakes, and the Mayan culture, and not the urban hustle and bustle of a large metropolitan city.

Last time we had a beer, you told me about the campaign you ran against Expedia that resulted in them no longer selling trips featuring captive dolphin attractions…When did that start?

Yes, I ran an online petition for 6 months that pointed directly at Expedia and the Priceline Group with the hopes of shining a light on their complicit involvement with the capture and captivity of wild dolphins. I can’t take credit for getting Expedia to delist captive encounters from their tour inventory, but we were certainly a noisy drop in the bucket.

And what else are you campaigning for?

I’m also campaigning for something, this time, its more generic. SEEtheWILD is running the KEEPitWILD Pledge and asking commercial organizations, travel media, and travellers to be mindful in their travel choices. The Pledge stipulates everything from avoiding personal interactions, making choices not to feed them, and saying no to captive wildlife facilities unless they are a legitimate rescue centre.

It’s just getting going, but we have already convinced 25 organizations to take the Pledge and more are signing up all the time.

I’m guilty of having rode elephants and gone to zoos as a young traveler.  It just seemed so cool and sureal at the time.  How do you inspire any one on their first trip to a new country not to ride the elephant or engage in inhumane activities?

I don’t take a hard line on people, making someone feel guilt rarely inspires change. However if I can provide people with better alternatives, and sound education around those alternatives, I tend to have success. With the exception of the captive dolphin petition, I like to stay positive and be an agent for change without pointing fingers and preaching down to people.

What’s the difference between a zoo and a research facility? If the literature isn’t clear, how does one figure it out?

This a huge question, but the fundamental difference that I see is that zoos use captive animals as a means to generate profits, whereby rescue centres or research facilities use profits to improve the lives of the animals. In zoos you will perfect specimens, its like a Parisian runway for wildlife. Rescue centres have three legged tigers, blind crocodiles and orphaned residents that can never be left to their own survival.

Any recommendations specifically worth travelling to?

If you find yourself in Scottsdale Arizona, please check out the Southwest Wildlife Conservation Centre. For those in Canada, the North Island Wildlife Rescue Association is world renowned.

What is the one place everyone needs to travel to and why?

I have 3 answers for this question: Siem Reap, Cambodia; Zanzibar (Tanzania); and Matera, Italy. The common thread between all three is a richness in local culture, set in a uniquely stunning natural environment.

Love that list. We just came back from Siem Reap and couldn’t agree more. On that note, who’s the coolest person you’ve ever had a beer with while traveling?

Tonio Creanza. No question, not even close. Tonio is the real ‘Most interesting man in the World’. He’s a true renaissance man, an amazing father, and now a good friend. Tonio and his wife, Jennifer, run Messors, a tour organization that inspires the preservation of ancient Italian culture. I had the pleasure of joining Tonio at their base in Altamura. We explored limestone caves and helped the Byzantine frescoes within continue to stand the test of time. We supported local shepherds and local bakeries that are all at risk of losing their traditions. He shared his food, his guitar, and his life. Tonio is a humble host, an incredible historian and passionate culturalist.

Sounds we should do a Beer with Tonio as well!  So where to next?

A 6-stop Morroco/France adventure with the family in the March. Some sand, some surf and some savoir faire.

Tell us a crazy travel story. Anything goes!

Went to Belize on a tourism board invitation where I proceeded to got drunk on viper rum. Woke up in a complete stranger’s house with a pitbull drooling over me and keys in my pocket to a parked golf cart out front. Immediately checked inventory on all my organs. All good, but not my finest of hours.

Awesome Aaron – well, Kosan is on the board for the pledge. Thanks for time and happy travels to Morocco!

The Keep It Wild Pledge: 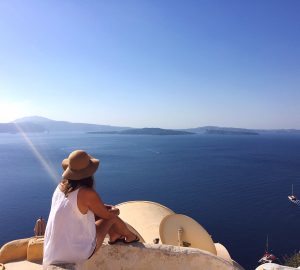 How To Travel Alone For The First Time