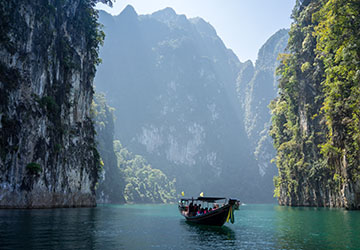 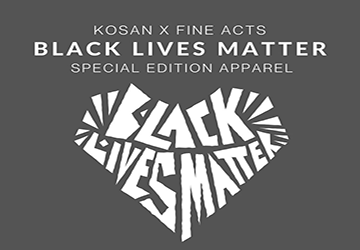 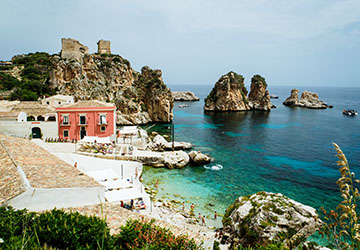 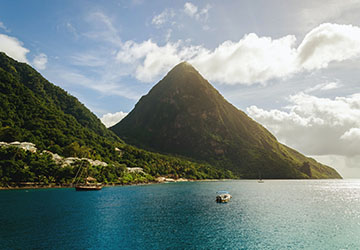 This Week in Travel: September 3

How Long Term Travel Will Change Your Life

Let’s face it, the one thing most travelers dream of, ourselves included, is travelling without an end date in sight. It’s that feeling of travelling without a return ticket home, or if you have one, cringing at the cost but smiling while extending it anyways. Unforutnately, the reality for many of us is we can only jet away for a couple of weeks or months at most. But to travel for a year or more? Well that’s the dream isn’t it. And you should try it at least once or twice, this experience of a lifetime, if the opportunity presents itself.

Last year, my boyfriend and I were lucky enough to backpack through South East Asia for a couple of months, picking our way home to Toronto after living in Melbourne for two years. After spending some time in Myanmar, we made our way from Bangkok to Norther Thailand, where we were considering the best way to get to Laos. We decided on the sometimes notorious two-day slow boat, because we had the time and well, drinking, playing cards and hopefully meeting some fellow travellers seemed like the right thing to do. It was here where we met Tim, originally from the Netherlends, along with 11 other travellers from across the globe. We all got along so well that we eneded up travelling through Laos together for the next two weeks.

Unlike most of us in the group, who were only travelling for a few months here and there, Tim was on the adventure of a lifetime. He had already been travelling for 13 months by the time we met him, and he had a bracelet around his wrist from each country to prove it!

Tim is an all-around awesome guy with incredible story of the trip of a lifetime. We would know because we googled the word, and we came up with, ‘Causing or inducing awe; inspiring an overwhelming feeling of reverence, admiration or fear’. Yes, Tim and his story definitely fit the bill. We knew that when we started The Journal, we just had to share his story.

TELL US A LITTLE BIT ABOUT YOUR JOURNEY. WHERE DID YOU GO? HOW LONG WERE YOU GONE?

Alright, I’ve got to start from the very beginning. Once you decide you want to embark on a trip around the world, which is this euphoric and liberating experience in itself, the second decision is almost more challenging. Where should you start your trip? Try not to worry or put too much pressure into this one decision, because you’re going to have to make a whole lot more before you even take off.

I travelled for about 18 months around the world, through 18 countries and five continents. In order of which I visited them, I was fortunate enough to go to: Peru, Bolivia, Ecuador, Colombia, Panama, Costa Rica, Nicaragua, USA, Fiji, New Zealand, Australia, Indonesia, Vietnam, Cambodia, Thailand, Laos, Myanmar and India.

I started in Lima, the capital of Peru, which while not my favourite city, was a great and very convenient place to start to see the rest of Central and South America. At this point, I had decided not to make any solid travel plans, except for booking the first 3 nights in a hostel, and also booking a guide for the Inca Trail. This was just enough time for me to realize that the journey had really started. As scary as it may seem, it was really nice to have the freedom and opportunity to go with the flow, so I would recommend  keeping planning to a minimum, if you have the time that is! The rest of the trip was only loosely planned, with no real itinerary, just a desire to see the most distinct parts of the world.

WHAT MADE YOU DECIDE TO EMBARK ON THIS JOURNEY?

Ever since I was a teenager, I always wanted to explore the world. I travelled a lot with my family throughout Europe, but it never felt like enough. I wanted to see how the world looked in foreign countries, where the languages and landscapes were completely unfamiliar. I wanted to cut free from everything I knew that I was comfortable and familiar with, and to see how other people live. For many of us in Europe, and North America, you have many obligations like study and work, family and friends, rent or a mortgage. It’s not always easy to escape the modern world, and to walk away from your obligations. But that’s exactly what I did. When I had enough savings, I quit my job as a consultant, booked my ticket and never looked back.

MOST PEOPLE BACKPACK FOR 2-4 MONTHS, HOW DID YOUR 1+ YEAR JOURNEY COMPARE?

If I’m being completely honest, when I started travelling I didn’t know when or if I would ever return home. I think this really changed the feeling of the journey, and the freedom I felt I was gaining through travel.

There’s a saying that goes, ‘The travellers sees what he sees, and the tourists see what he comes to see”. I find this to be very true, for me at least, and all the backpackers I met. When you travel long term, it’s no longer so much ‘travel’ as a lifestyle in itself.

After 4-5 months, I find that a lot of people begin to feel like they need a break from travelling. It might sound strange, but you have this urge to stay in one place for a while, and just reminisce on all the experiences and memories you’ve collected already. After this, travel takes on a different meaning, and you tend to slow down a bit, it’s no longer about sightseeing. You’ve become acclimatized towards moving around a lot, talking to new people is no longer as scary as it used to seem, and you genuinely can’t wait to explore new surroundings. You’ve probably met a lot of great people, with a lot of great stories, and you in turn now have an ample amount to share of your own. You end up building this awesome network of friends and fellow travellers, who all love the same things you do, and the best part is you know you’ll likely have the opportunity to meet up with them in the future.

DID YOU SEE YOURSELF AS A BACKPACKER BEFORE THIS JOURNEY? HOW DID YOUR PERCEPTION OF YOURSELF CHANGE THROUGHOUT YOUR JOURNEY?

I had a bit of experience backpacking, because I had done a backpacking trip for a month through China and the Philippines with a friend previously. I already knew what it felt like to move around often with all your belongings on your back, and I definitely knew how fun it could be to stay in a hostel. This was helpful when I embarked on my round the world trip, because I had already had some experience travelling in foreign countries.

AFTER BEING AWAY FOR SO LONG, DID YOUR SENSE OF HOME & COMMUNITY CHANGE?

Yes, both your sense of home and community will change after being a way for so long. The reason is because travelling becomes your lifestyle, and you become comfortable with your constant  changing environments. Most of the time, you’ll be surrounded by new friends, which definitely makes the whole experience a lot of fun.

Personally, I didn’t really feel homesick too much, thanks to the miracle of the World Wide Web. In today’s day and age, there is wifi in almost every hostel, so it makes it super easy to stay in touch with friends and family. No matter where I was, I had a pulse on what was happening at home.

DID YOU EVER SEE YOURSELF RETURNING HOME?

I honestly didn’t think about it at all until the last month of my journey. Basically, once I started thinking about it, I decided it was time to go, and it made sense from a financial perspective to book my flights in advance.

WERE THERE ANY MOMENTS WHERE YOU REGRETTED EMBARKING ON SUCH A LONG TRIP? DID YOU EVER WANT TO GIVE UP AND GO HOME?

Definitely! There were some moments when you can’t help but sit there and think, ‘what the hell am I doing here?’ Those moments are few and far in-between; most often when it’s pouring rain, you can’t find a hostel, and you’re on your own with no real sense of direction.

But all I can say is, don’t give up and go home just because of a few tough moments!

At the end of the day, you’ll realize that it’s not that big of a deal, and a day or two later, you’ll be at the beach, partying it up with new friends and soaking up the sun. And then, you’ll be thinking about how much you would have regretted it if you had gone home.

HAVE YOUR VIEWS OF THE WORLD CHANGED?

Tough question! The world feels a lot smaller to me now. My understanding of other countries, the people, cultures, lifestyles, it’s all a lot clearer now. And my ability to put things into perspective has certainly improved.

You’re not the first one to ask me that! Colombia is definitely a favourite, because it really was the total package. The people were extremely friendly, and the culture and nature is beautiful to see.

My least favourites were the overcrowded tourist traps in South East Asia. (Hey, that’s where we met, Tim!).

WHAT IS YOUR FAVOURITE TRAVEL MEMORY?

I’d have to say the Galapagos Islands. This may sound crazy, but on one snorkeling trip alone, I saw several sea turtles swimming around me, penguins jumping into the water from the cliffs above, sharks stealthily cutting through the depths below me, followed by huge manta rays, thousands of colourful fish and large sea lions who reminded me of dogs who want to play. It was an incredible, once-in-a-lifetime, National Geographic worthy moment one that I will never forget.

IF SOMEONE IS EMBARKING ON A LONG TERM BACKPACKING TRIP, WHAT ADVICE WOULD YOU GIVE THEM?

It comes down to three things:

We’d like to say a big thank you to Tim for taking the time to share his story with us, it has certainly left us with itchy travel feet! We can’t wait to see where you’re headed next.

A Beer With: Marion Payen of Hibiscus & Nomada